Arcee is the name of several fictional characters in the Transformers franchise. They are female Autobots, usually pink or blue in color. Being the most famous of the Female Autobots, she has made more appearances and has had several more incarnations than any other female Transformer. Originally she turned into a car, however, later incarnations have turned into motorcycles. Arcee's design, alternate mode, and personality vary depending on continuity. Usually colored pink and white, she has also been depicted as a blue-colored character, and Botcon storyline saw her reformatted into a Maximal spider. 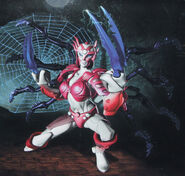 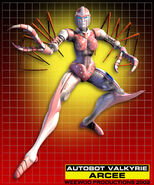 Arcee as she appears in Transformers: Prime 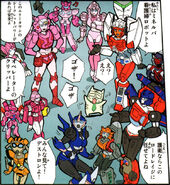 Retrieved from "https://ideas.fandom.com/wiki/Arcee?oldid=2676123"
Community content is available under CC-BY-SA unless otherwise noted.