Ant-Man (Scott Lang) is a fictional superhero appearing in American comic books published by Marvel Comics. Created by David Michelinie, Bob Layton and John Byrne, Scott Lang first appeared in The Avengers #181 (March 1979) and in Marvel Premiere #47 (April 1979) as the second superhero character to use the Ant-Man name in the Marvel Universe. He is a reformed thief and an electronics expert. He was a member of the Avengers, the Fantastic Four and the Guardians of the Galaxy, the main character in the comic-book series FF and, in 2015, he became the title character in the series Ant-Man.

Scott Lang is an ex-convict and electronics expert hired by Stark International, which enables him to steal the Ant-Man suit from Hank Pym, who had long since given up the name, to help his sick daughter Cassie. When Pym finds out, he gives the suit to Lang, allowing him to become the second Ant-Man. As Ant-Man, he serves as an Avenger for years, until he is killed during the Avengers Disassembled storyline. Years later, he is resurrected in the Avengers: The Children's Crusade mini-series. Following his resurrection, Lang heads the Future Foundation and founds his own company, the Ant-Man Security Solutions. 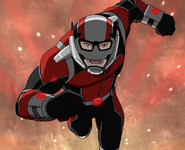 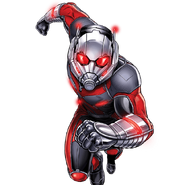 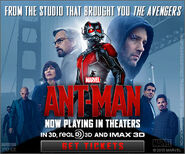 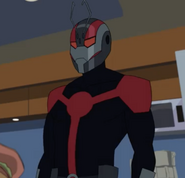 Add a photo to this gallery
Retrieved from "https://ideas.fandom.com/wiki/Ant-Man_(Scott_Lang)?oldid=2697394"
Community content is available under CC-BY-SA unless otherwise noted.