Amy Rose is a ficitonal character in the Sonic the Hedgehog franchise. She is a pink hedgehog and Sonic's self-proclaimed girlfriend. Amy was created by Kazuyuki Hoshino for Sonic CD (1993), although she appeared Kenji Terada's Sonic the Hedgehog manga a year before. Hoshino created her in-game graphics, with many staff members contributing ideas to her design. Her headband and trainer shoes reflected Sonic CD director Naoto Ohshima's tastes, and her mannerisms reflected the traits Hoshino looked for in women at the time. Her fur color was red at first, and her skirt orange. The character had two other names in game previews: Rosy the Rascal and Princess Sally (a character in the Sonic the Hedgehog TV series and comics). Amy received her present design, with a red dress and boots, in Sonic Adventure (1998), courtesy of designer Yuji Uekawa.

Amy Rose is a 12-year-old pink hedgehog who has a huge crush on Sonic for a long time but however, he doesn't return her affection. She also wields a massive hammer called the piko piko hammer which she uses in combat.

Appearances in Idea Wiki (by Author)

Amy appears in alot of Mario and Sonic Games. She has the best stats for everything.

In Mario and Sonic Baseball, Amy appears as one of the balance captains in this game. She has her own teams. Her main team is the Amy Pikos team with Blaze as her Sub-Captain, 5 Neutral Chao, Big the Cat and Cream. She has alternate team names like Amy Love Strucks, Amy Sweethearts, and Amy Cherries. Amy shares good chemistry with Cream, Blaze, Big, Peach, Daisy, Toadette, Birdo, Rouge, Sticks, Sonic, Tails, and Knuckles but shares bad chemistry with Dr. Eggman, Metal Sonic, and Zavok.

In Mario and Sonic Super Sluggers, Amy is one of the main captains and the leader of the Amy Pikos. In Challenge Mode, Amy has been kidnapped by Metal Sonic but the real Sonic saved her by defeating Metal Sonic in a baseball match.

Amy appears as one of the playable All-Around captains in Mario & Sonic Sports Showdown alongside Mario, Luigi, Big, Blaze, Cream, Yoshi, Birdo, and the Miis. She has her own court called Amy's Villa Field. Her stats are all 5/5. She does a special shot that uses her Piko Piko Hammer. 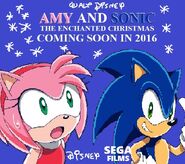 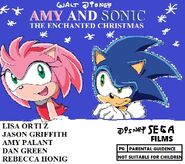 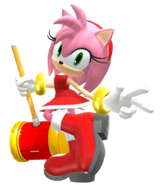 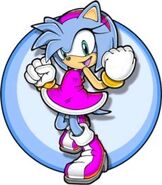 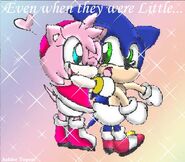 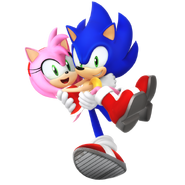 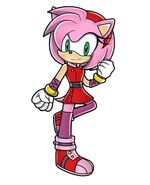 Add a photo to this gallery
Retrieved from "https://ideas.fandom.com/wiki/Amy_Rose?oldid=2708515"
Community content is available under CC-BY-SA unless otherwise noted.