A Cat Named Valentino is a Canadian-British-American animated series and a spin-off of The Powerpuff Girls. The series takes place after the original series.

While the Powerpuff Girls saving the world before bedtime, we'll join Valentino and his friends on their daily adventures in the Townsville Zoo, Aquarium and Safari Park. 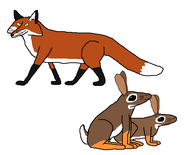 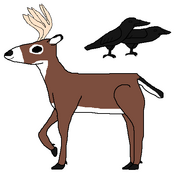 One-Eye
Add a photo to this gallery

Valentino defends William and Kelly while Gossy attacks. (seen in Kelly, William and the Goshawk)

Keehar, Loco and Coco watch the sunrise alongside other birds. (seen in The Rainforest Peace Treaty)

Buttercup dares Flynn to challenge her. (seen in Butterfoxed)

Little Pipsqueak saves Octi from other penguins that mistake it for squid. (seen in Saving Mr. Octi)

Brutus, Melvin and Silas see One-Eye in the distance. (seen in Partners in Crime)

Valentino, Matthew, Bullet and Seen (a mute swan cygnet) encounter a jaguar. (seen in The Ugly Duckling Goes Home)
Add a photo to this gallery

Retrieved from "https://ideas.fandom.com/wiki/A_Cat_Named_Valentino_(TV_series)?oldid=1986572"
Community content is available under CC-BY-SA unless otherwise noted.