A.G.E.N.T. Aramau is a 2017 2D Animated Family Spy Movie based off of the best selling graphic novel by Robert Nadal, creator of Arlene, The Curse of the Dark Sheet, and its sequel. The film is also directed by Chris Sanders who worked on Disney’s Lilo and Stitch and Dreamworks’s How to Train Your Dragon, making this his first project outside of Disney and Dreamworks he’s took part in.

We open to Amy Aramau, a special secret agent, as she relaxes in her office waiting for an assignment. Her partner, Joshua, asks her if she’s received any new news. Right as she confirmed there was nothing yet, she suddenly gets an email from her father, Agent Andy, the organization‘s most renown agents before her. It’s has a recording attached to it and she plays it.

“Hello, this is Agent Andy Aramau. I have a transmission for Agent Amy Aramau. Amy, sweetie, my covers been blown and everything has gone downhill. You won’t believe what I’ve discovered. (Moves camera towards a foreign writing) It’s an ancient prophecy revealing the location of the ancient treasure of Peridot Parks. Who ever gets that treasure could gain complete control over the town. Sweetie, it turns out I wasn’t the only one who discovered it. Someone else is trying to get it to. I’m gonna need you to get to the treasure before they do. I’m counting on you. But don’t call for back up, it could blow your operation. And BE CAREFUL, it’s not gonna be safe out there. Transmitting my grids now. Good Luck.”

The film premiered in Landmark’s California Theater on August 30, 2017

The film was released in theaters worldwide on September 2, 2017. The film was accompanied with The Loud House short, Deuces Wild. 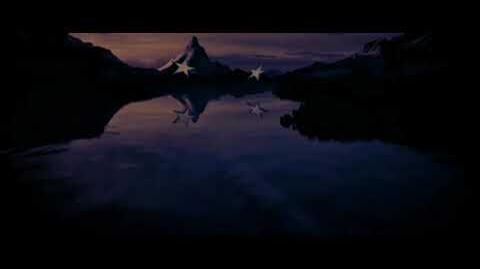 Retrieved from "https://ideas.fandom.com/wiki/A.G.E.N.T._Aramau?oldid=2552949"
Community content is available under CC-BY-SA unless otherwise noted.